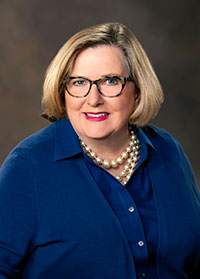 Ms. Wright is a founding member of Grier Wright Martinez. She joined Grier & Furr as an associate in 2002 following a one-year judicial clerkship with The Honorable George R. Hodges of the United States Bankruptcy Court for the Western District of North Carolina. Ms. Wright is a member of the chapter 7 bankruptcy trustee panel for the Western District of North Carolina. She also represents business debtors, debtors-in-possession, trustees, and creditors in bankruptcy matters and assists business owners with out-of-court workouts and liquidations. Ms. Wright has served as a court-appointed receiver in cases brought in U.S. District Court. She is licensed to practice in North Carolina and is a certified mediator.

Before enrolling in law school, Ms. Wright served as the chief development officer of Hubbard House, Inc., the domestic violence center that serves northeast Florida, where she was responsible for raising the agency’s annual operating budget, and provided staff leadership for a $4.7 million capital campaign. A native of Jacksonville, Florida, Ms. Wright is a graduate of Leadership Jacksonville.